BBC iPlayer hits the Wii and its free! 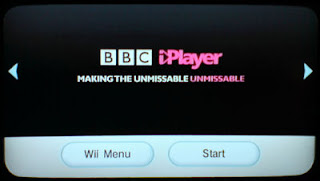 Downloaded the new iPlayer channel on the Wii today... And its free! I was very impressed how smoothly video ran and the interface is wonderfully sympathetic to the Wii's video capabilities. Better frame rates and image sharpness were apparent using the Nintendo Component (progressive scan) cables giving a ED or HDTV (480p) output. Certainly worth the time to download. 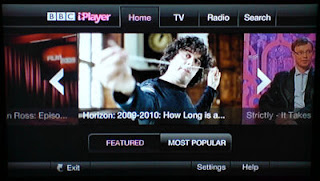 Bandwidth is important, so its probably best to ensure the Wii is within acceptable distances of a WiFi router or even better a wired network connection. Time will tell if the BBC servers can keep up with demand.

Those that don't have it yet, the Internet Channel is now also free to download. Notably good sites that are currently Wii friendly include: YouTube XL, FineTune (excellent music library - a cut down version of the parent site, a good use of Flash), Wikipedia and WiiTabs (allows you to flick through numerous web pages at a time using tabs). Others are utilising this flash feature for games notably WiiPlayable, written with the right intentions flash games on the Wii could have some educational value. For the Internet Channel I would recommend changing the settings so the navigation bar can be hidden (by selecting '1' on the controller), this will allow for the whole screen to be utilised and minimise scrolling and zooming around.
Posted by Jason Truscott at 19:13